Recap:
Dates are listed from most recent to most historic. Start at the bottom if you want to start at the beginning.

October 29th, 2012
Got a call from our doctor saying the scans from the 26th show "quite a few" tumors in the cerebellum and the Dr. has suggested hospice.  Scan report officially shows: bone metastasis in the hip; innumerable tumors in the mennigeal lining all up and down the spine and around the brain; a number of tumors throughout the cerebellum most notably the 3cm tumor putting pressure and causing swelling of the brain; and the tumors in the heart are causing a heart murmer.

October 27th, 2012
Left leg is pretty much dead weight at this point.  Going to pick up a wheel chair from church tomorrow to use at church and to get around after that.  Debating what the next step is regarding bathroom needs.

October 25th, 2012
MRI shows spread into the meninges - clinical trial is over.  talking about borrowing a wheel chair from the church, too hard to walk.  still getting to the bathroom and sometimes to the kitchen but the offical term is probably "borderline bedbound"

October 12th, 2012
falling too often from the numbness and pain in the legs - purchased a walker to get around - pretty scared of falling and not being able to get back up.

October 8th, 2012
a lot of numbness and pain in the legs - doc says this is not from Regroafenib but probably from Oxaliplatin taken for the last year.  sometimes nerve damage can show up after the drug is discontinued

September 12th, 2012
Started Clinical Trials at UT Southwestern for Regorafenib.  Four pills for 21 days then a seven day break then another 21 days of pills.


August 23rd, 2012
Last weeks scan shows growth of 1cm which means current treatment is not working and past treatments are not options either.

Next steps are clinical trials: Baylor's clinical trial for MEK / Hedgehog inhibitors starts in 3-4 weeks; UT Southwestern is working on one for Regorafenib right now so hopefully we got in before they close the trial.

MD Anderson received all our information as well to see if they have anything in the works better than one of the clinical trials in town.  Enjoy the chemo-break for now.

June 26th, 2012
Officially 10% growth; within the margin of error, but also not considered stable.  Continue on with more of the same.

June 4th, 2012
Some issues with the insurance suddenly putting limits on what we can order and how often.  The ostomy gear is less of an issue and no problems with the skin behind the wafer, but the gauze for the open rectal wound is pretty important.  That needs to be changed every day.

June 1st, 2012
Found out the insurance won't pay for the Erbitux we received at the Georgia cancer center.  After more than a year of review, they have determined Erbitux is "experimental".  My guess is it was given too soon; they feel Erbitux is a 3rd-line treatment option, but not a second-line option due to cost.  I guess the real slap in the face is the Erbitux did nothing for us in control of the tumor growth in the lungs.

May 17th, 2012
Less than 1 millimeter of growth so tumors are considered stable.  Warned that if there are too many complaints about the numbness in legs and feet we will have to scrap this chemo plan for something that causes less nerve damage.

December 16th, 2011
Latest scan shows no progression meaning our current cocktail of drugs is working.  We will be sticking with the Oxalyplatin+Avastin (and others, of course) for the time being.

November 3rd, 2011
First session with Folfox and Avastin happened today and the Oxaloplatin is already giving cold sensativity.  The water filter will be on the counter instead of in the fridge and no more ice.

October 27th, 2011
Continued growth and a change in treatment.  White count was also low so no chemo this week.  Starting next week Folfox with Avastin.

August 27th, 2011
The Scan showed more metastasis in the lungs with some extending to the pleural surface (membrane surrounding the lungs) and even to the pericardium (sack around the heart).  The largest tumor went from 14 to 22mm.  The doc called Emory as well as a collegue in Dallas to confer and they decided to stay with Folfiri but change up the Erbitux with Avastin.  New regimin starts August 31st.

June 9th, 2011
We talked the scan report out of the nurse and the summary was "mostly stable tumors" after 7 treatments of the Folfiri every other week with Erbitux every week.  Our Dr appointment is not until June 23rd, so we will know more about his opinion of the matter then.  Most likely keep doing what we are doing and wait to see what the September/October scan shows.

April 13th, 2011
Talked to the doc and white count is way up thanks to Neulasta, but decided on little chemo this time so just Erbitux.  Big chemo is saved for next week.

April 6th, 2011
Little chemo . . . a little tired but not to bad.  Tough to tell if the tired is from the Benadryl infused to avoid allergic reaction to the Erbitux or the Erbitux.

April 1st, 2011
Neulasta shot to raise white count was given after pump came off this afternoon.

March 30th, 2011
White count was still low with nutrophil numbers coming in at 0.97 and the doc was nervous, but approved full chemo.

March 23rd, 2011
No chemo due to blood counts. White count was low at 1.7 but neutrophil level was also low.  Nutrophil levels should 1 or better and we were coming in at .68!

March 16th, 2011
First day with Erbitux alone. Side effects are already annoying; especially the rash being aggravated by exposure to sun. Not as tired after just theErbitux infusion.

March 9th, 2011
First day of Chemotherapy for Metastatic Rectal Cancer; Folfiri and Erbitux. We will most likely do 6 months of Erbitux every week with Folfiri in the mix every other week.

March 2nd, 2011
Port placement surgery (take 2) went fine. Huge gauze pads and an apparent reaction to the adhesive because some of the skin came off with the bandage after it became unbearably itchy.

February 23, 2011
Confirmation with our local oncologist that we will be doing Folfiri and Erbitux. Folfiri because there were less side effects last time compared with Folfox, and Erbitux because the doctor prefers it over Avastin. The drugs Erbitux and Avastin seem to be different means to the same end, so I am fine with his decision.

February 21st, 2011
Dr at the Big University Hospital suggested we start with standard chemotherapy (Folfiri plus Avastin). We can do that here with our local oncologist and not have to drive to Atlanta every 2 weeks. We will do 4 treatments then a follow-up CT scan to make sure there is a good response. First up, surgery for a new chemo port.

February 14th, 2011
Happy Valentines day to us, we finally have an appointment with our "second opinion" oncologist in Atlanta.

February 3rd, 2011
Pet scans shows a lot of activity. There are five spots showing uptake in the lungs that measure between 10mm and 15mm in size; 2 in the upper right lobe, 2 in the lower right lobe and 1 in the upper left lobe. There are as many as another 5 that are smaller than 10mm, but still showed uptake (means they are active). The scan also showed a lot of activity in the pelvis which could be recurrant cancer from the primary tumor. The doctor cancelled our biopsy because he feels this is pretty clear metastatic cancer from the original rectal cancer.

January 19th, 2011
Follow up scan showed 2 spots turned into 3 and the largest 4 months ago doubled in size. We will be having a follow-up PET scan on January 27th and another follow-up with the doc on February 3rd.

October 27th, 2010
Did standard follow-up and the CT scan showed clear liver but a couple of spots in the lungs. They are too small for a biopsy and could be scarring from chemo or other sickness. We will schedule another CT scan in 3 months to see if there is any change, but nothing to concern ourselves with at this point.

June 4th, 2010
Alien port comes out with a little itty bitty minor surgery from the surgeon. He also reviewed the rectal wound and suggested we may be looking at 10 to 12 months of additional healing before this closes.

May 13th, 2010
Today is the last day of adjuvent chemotherapy. The oncologist was very supportive of removing the port and gave us 50/50 starter odds but with the conclusion of chemotherapy these odds were reduced to a mere 25% chance of recurrance. Or "glass-half-full" angle is 75% chance of 100% cure.

May 10th, 2010
We met with the surgeon who gave us the green light to get rid of the wound vac. The wound healed about halfway over the last 13 weeks of negative pressure therapy, and the doc suggested this would be another 12-18+ months before completely healed. The wound is currently about 3cm deep , and started at about 6cm.

February 8th, 2010
Installation of the wound vac with a schedule to have the vac dressing changed 3 times per week every week until this heals.

February 4th, 2010
First day of adjuvant chemo (FOLFOX and FOLFIRI alternating in 2 week cycles for 16 weeks) and a dissapointing meeting with the surgeon. Posterior wound stitches have dissolved and did not heal well and may need a negative pressure wound therapy (another pump to wear).

January 6th-13th, 2010
Abdominoperineal Resection went well on the 6th per the surgeon (good margins and all that) and home after only 7 days in the hospital. A total of 13.5 inches of Sigmoid colon and all of the rectum/anus was removed. Officially stage 3 cancer with only 1 of the 23 lymph nodes showing live cancer cells.

December 3rd, 2009
Met surgeon to finally pin down a date . . . January 6th it is. Time to relax for the holiday and try not think about anything.

November 6th, 2009
Today is the last day of 28 Image-Guided External-Beam Radiation Therapy sessions with 2 more weeks of chemo on the hip and 8 weeks until the surgery.

September 28th, 2009
Radiation called to schedule Wednesday the 30th as the first radiation treatment along with chemo.

September 24th, 2009
Radiation oncologist appointment in the afternoon combined with CT based IGRT discovery with contrast; daily radiotherapy possibly as soon as Monday!

September 22nd, 2009
PET scan in the morning followed by chemotherapy oncologist appointment in the afternoon. The scan was uneventful and mostly good news, but the oncologist offered additional questions and fewer answers.

September 15th, 2009
Multiple tests done, including CT scan, chest X-Ray and colonoscopy, all that pointed to just the one 5cm tumor in the rectum. Minor surgery for the installation of a Power Port to assist with all the injections and treatments coming up.

September 8th, 2009
Appointment with the specialist who recognized cancer immediately and biopsied the tumor in the office sans any local pain relief at all!  OUCH!

August 31st, 2009
Appointment with the family doctor about a possible hemorrhoid problem but she recognized a situation and referred to a specialist, ASAP.
Posted by Sheri at 11:03 PM 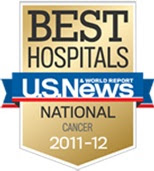 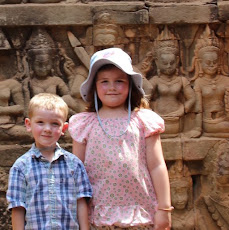 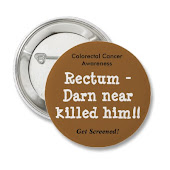